A DESPERATE mum has asked if it's "unethical" for her to return to webcam modelling – after having her hours slashed during the coronavirus pandemic.

The anonymous woman, who describes herself as a "radical feminist", says she has turned to cam work in the past when she's struggled to pay the bills. 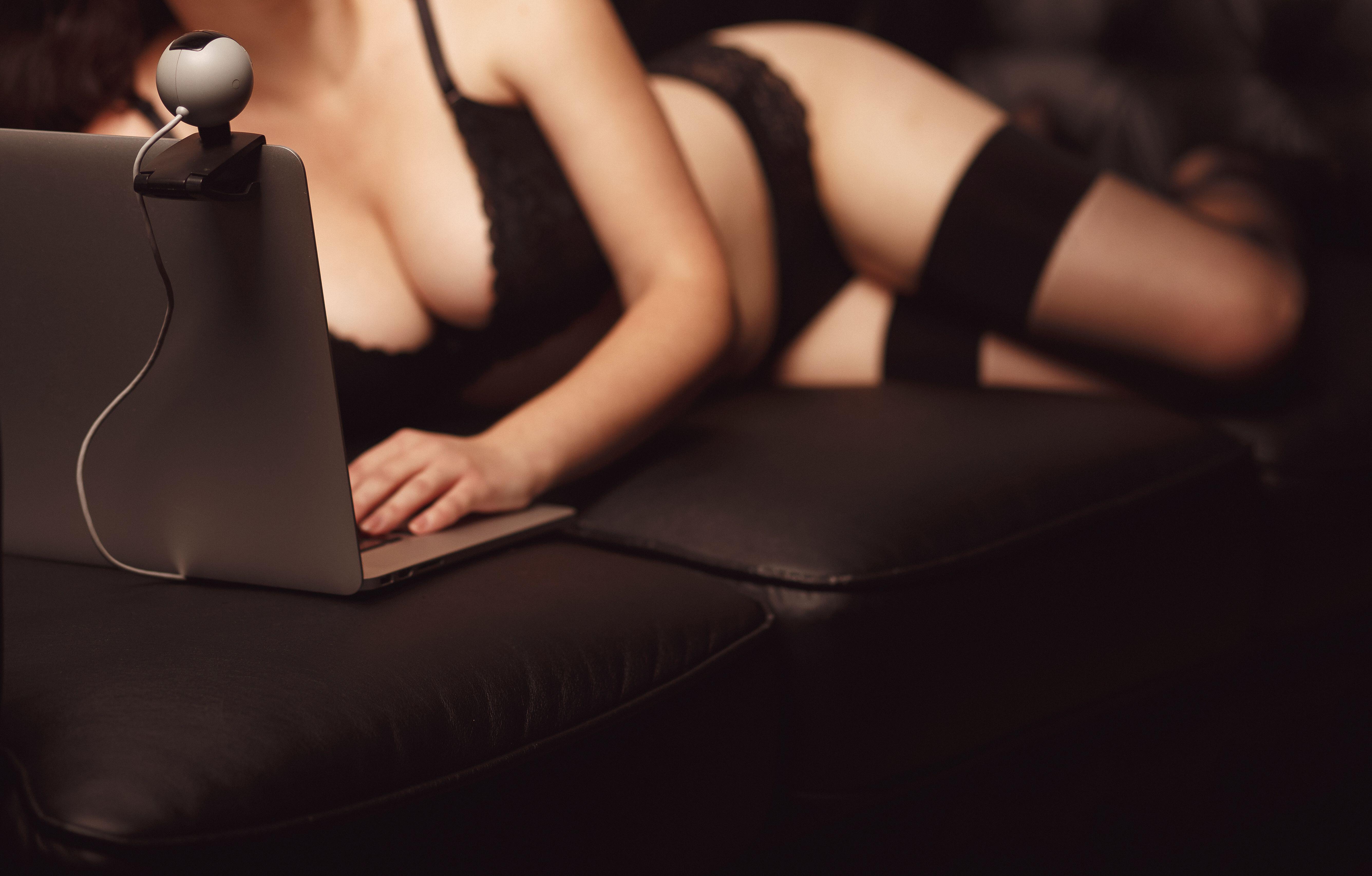 Posting on Mumsnet, she questioned if she was "letting women down" by serving the "disgusting" men who use such services.

The mum-of-one, who's in her twenties and has a pre-school daughter, wrote: "So in the past when I needed money I would do webcam modelling/camshows/whatever you want to call it.

I could make decent money from it and also get items bought for me from my Amazon wishlist.

"During the time I would become really uncomfortable with it, disturbed and disgusted by the men etc, I would feel so sick and empty after a while.

"I'm a radical feminist and don't believe things should be like this whatsoever but my hours were recently cut at work and I simply need the money.

"The times in the past were due to being desperate for money for rent, food, bills and necessities.

"It makes more money than any job I can do, at my job I get £8.71 per hour but an hour of cam modelling can make hundreds on a good day plus collecting fans which gives the opportunity of additional money and gifts."

She added: "It's going to make me feel like s***, also I feel like I'm letting women down by choosing to be part of this and to serve men who are disgusting people.

"But at the same time I need money for me and my kid. I just wonder if it's unethical from a feminist point of view to do this." 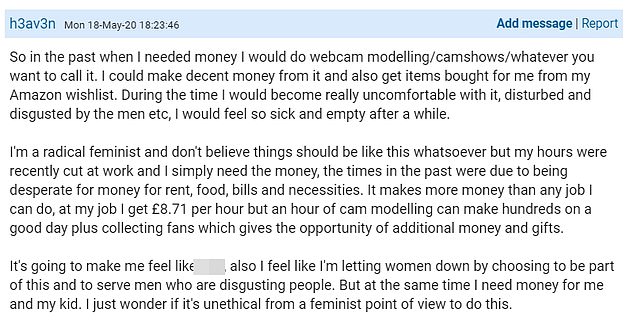 Some of the mums were horrified, slating her claims by saying: "You obviously don't have radical feminist views – I couldn't care less what people choose to do but don't make pathetic excuses for it. "

While another woman said: "If you're happy for family members, friends, work colleagues etc to see naked pics and/ or videos of you then go ahead."

And others insisted it isn't her only option. One said: "I'd rather claim whatever benefits I could and budget, sell stuff on eBay than do something that feels so abhorrent to me."

While a second added: "plenty of people manage to get by without resorting to this stuff."

But others were sympathetic to the mum's plight, reassuring her it wasn't a feminist issue.

One said: Whatever you decide, you are absolutely not letting other women down…

"This must be a really hard situation to be in. My suggestion would be, only for your wellbeing, can you consider any alternatives?"

While a second woman wrote: "As far as I’m concerned, sex work is work and you aren’t letting women down by having a job that works for you and keeps a roof over your head.

"But this isn’t about overarching principles – it’s about you specifically. If it’s going to make you feel empty and miserable, you have to weigh that against the benefits."

And a third comforted her, writing: "I’m gonna go against the grain and say if you can then do – feminism has always been about choice."

Another woman was sympathetic, but still urged the mum to think again. She said: "Forget feminism here. If it makes you feel bad, then surely it's wrong for you."

Yesterday, a former escort revealed the surprising signs your partner is cheating during lockdown – admitting men will "always find a way".