They say you never really know someone until you move in together. And boy, oh boy, are they right.

I knew my ex had some growing up to do, but I didn’t realise just how much until I moved into his flat.

He’d never had a job, and was re-sitting his first year at uni – for the third year in a row. His lifestyle was funded solely by his parents, apartment and bills included.
Any time he needed cash, all it took was one quick phone call to his mother.

Being a self-confessed co-dependent, I saw our relationship as a bit of a project at first. I sprang into action, wanting to teach him the basics of adulting.

I spruced up the flat, cooked his meals, ironed his clothes, and even introduced shower gel, shampoo – and the absolute luxury item that is deodorant – to his daily routine. Extra points to me.

I soon felt more like his replacement mum than his girlfriend.

The ridiculousness of the whole situation started to make sense when I came across something called Peter Pan Syndrome.

I chatted to Dr Tony Ortega – clinical psychologist and author of #AreYouHereYet: How to STFU & Show Up For Yourself – to get the lowdown on this often misunderstood behavioural pattern.

What is Peter Pan Syndrome?

‘It’s a pattern of behaviour in which the person has big dreams yet does little or nothing about them, expecting everything to fall in their laps,’ Dr Ortega tells us. ‘These big dreams are firmly rooted in reality, yet the effort needed to do it is non-existent.

‘At its root, you’ll find feelings of fear and entitlement. I would go so far as to say that it’s a distant cousin of narcissism. They have a drive to succeed, but they were never taught the skills to do these things for themselves. There’s an unspoken expectation that others will be the ones to do it for them.

‘In my experience, I’ve seen younger males in their twenties and thirties having more of these traits than females and older men.’

What are the signs to look out for?

‘Look out for someone with big dreams, but little actions to back these dreams up,’ Dr Ortega explains. ‘They’ll blame other people or factors for their failures.

‘They’re usually quite selfindulgent, wanting to celebrate and party all the time.’

According to BetterHelp, these are also some tell-tale signs of Peter Pan Syndrome:

How someone with Peter Pan Syndrome behaves in a relationship

Dr Ortega says: ‘It can be hard to navigate a relationship with them, as their pattern of thinking and feeling is well ingrained in them.

‘They’re basically takers and not givers. They may give the basics or the bare minimum. If they fear losing their partner, they might go out of their way to make an effort, but this behaviour doesn’t stick around for very long.

‘Telling them they have Peter Pan Syndrome will do nothing but create defensiveness in them, because they don’t – and probably never will – see they have a problem.

‘This is how they were raised, so what’s wrong with what they’re doing?’

What causes this behaviour?

According to Dr Ortega, a dysfunctional parent/child relationship is usually the triggering point for someone developing Peter Pan Syndrome in the future.

‘A person that comes from a well-to-do family and not having had to work for anything in their lives, expect things to just happen for them and wants to prove to a disapproving parental figure that they can be successful,’ he explains.

‘A person who was overly saturated with unrealistic expectations, hopes and dreams by a parental figure – without teaching them the skills to follow through with them – would also be prone to PPS.

‘Helicopter parents also cause the creation of this personality style. They’ll provide so much indulgence to the child that it prevents them from developing the necessary resilience needed to basically grow up and take responsibility for their lives.

‘At an early age, the child is taught that they don’t need to fend for themselves.

‘This then moves over to the person’s life partner or social support system.’

Well that explains that, then. I’ll be sure to look out for more of a Prince Eric type in the future.

Not holding back. In an exclusive video interview with Us Weekly, Teen Mom 2 star Leah Messer tells all about what the cameras don’t see on a day-to-day basis — specifically with those she’s closest to.

Messer, 27, has an interesting relationship with her first husband, Corey Simms, with whom she shares 10-year-old twins Ali and Aleeah, and second husband Jeremy Calvert, the father to her 7-year-old daughter, Adalynn. 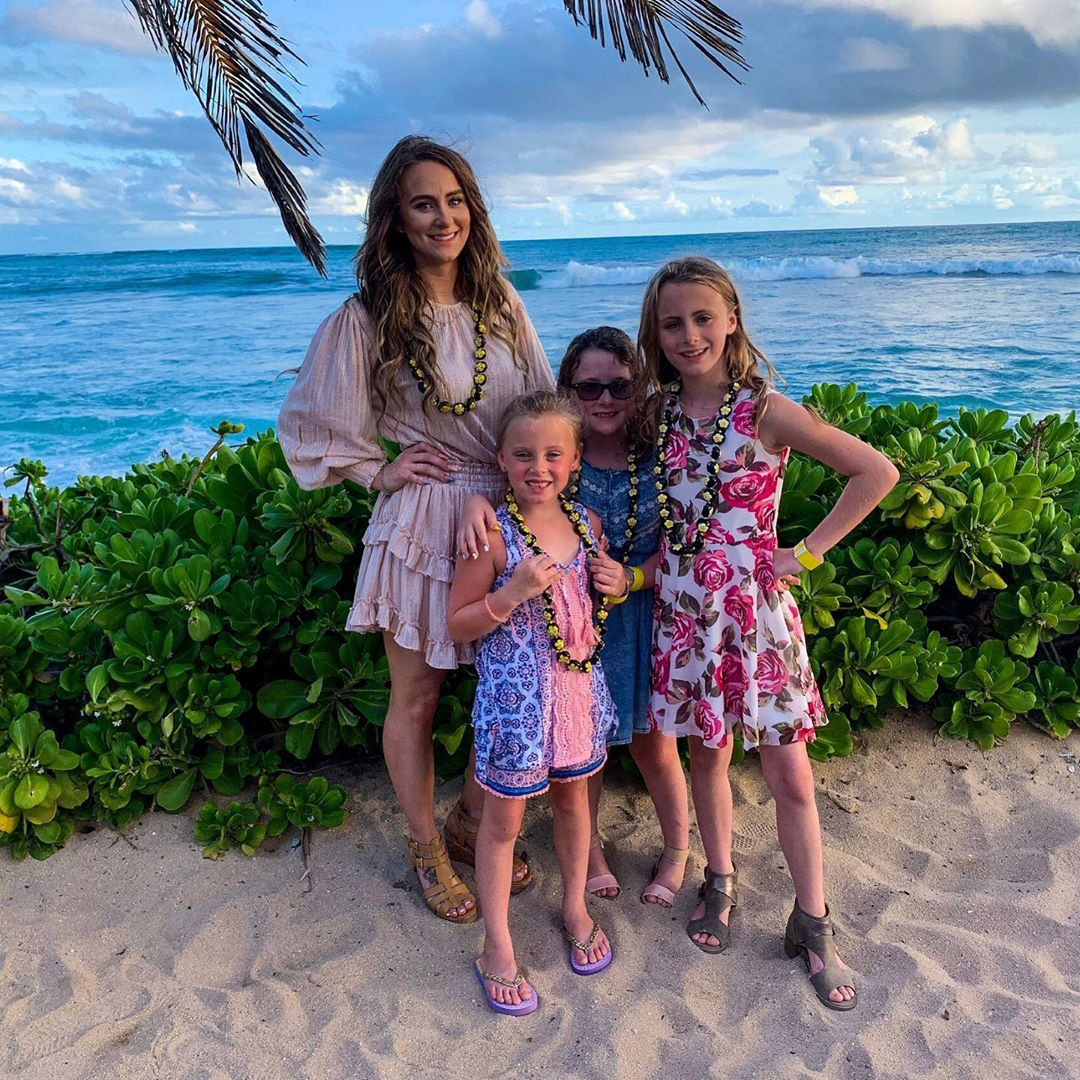 Simms, 30, married Miranda Patterson in 2013, two years after his split from Messer and the pair share 4-year-old daughter Remi.

“The coparenting with Corey and his wife has been going great. Even being in quarantine — we haven’t been going out as much because of Ali — so we’ve kind of stayed away from grocery stores and things like that. And they have met us, we did drive by’s and they waved so that their dad and they see Miranda and Remi and their little sister,” she shared with Us while promoting her upcoming memoir, Hope, Grace & Faith. “It’s been going great.”

She also added that coparenting with two different people means a different dynamic with each. 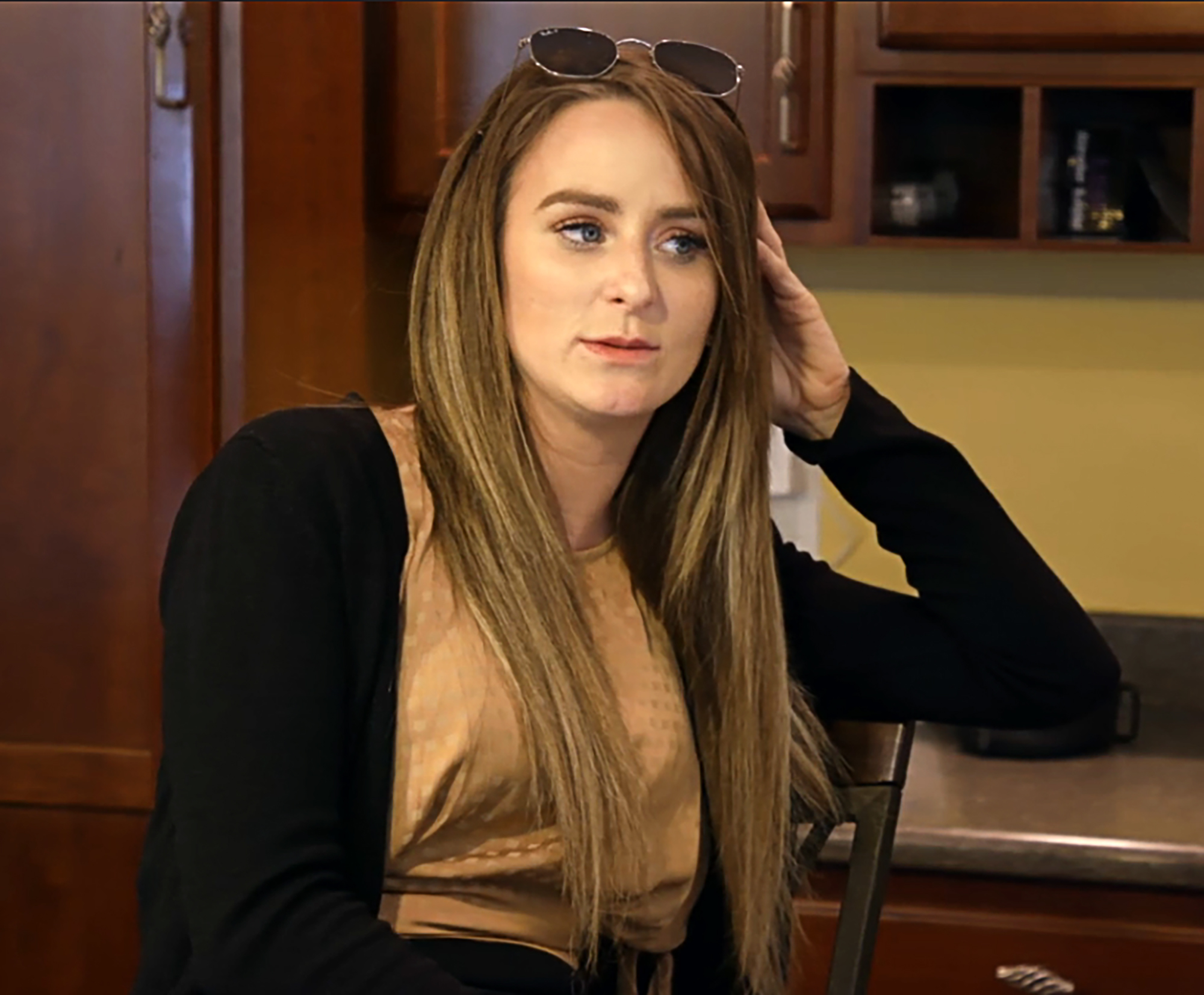 “Jeremy and I have a different relationship than Corey and I, but we still all coparent well and, at the end of the day, the kids are our first priority all the time,” she said, noting that while she and Jeremy — who split in 2015 after three years of marriage — have a strong relationship, it won’t turn back into a romantic one.

“Jeremy is a great, great guy. We’re great friends, but any more than that, it doesn’t align with my life,” Messer said. “I don’t know what he’s thinking, but we are perfectly happy the way things are.”

As for dating, the reality star isn’t dating anyone “specifically” but is “talking to” a few people. “I’m dating a bunch of people, doing my thing, living my best life and if the right one comes along, fantastic,” she said. “I am perfectly content with the way it is now.”

In the upcoming book, Messer also opens up about her past with addiction and suicidal thoughts, as well as an abortion that she had in 2012. She admitted that if she had to do anything differently, she would have “been more honest” about that from the start.

“I would’ve owned that then, and been 100 percent honest, been more, you know, considerate even about my journey in general, just holding myself accountable and holding myself high for my journey,” she told Us, explaining how she told Calvert about it. “When we were going through our divorce, we kind of had a tell-all and we shared some things with each other and that’s when I was honest with Jeremy.”

Hope, Grace & Faith will be released on May 5.

With reporting by Kayley Stumpe