SHOCKING video captured the moment a brawl broke out at a restaurant over social distancing.

The fight started when a mask-wearing woman at the bar at Saltgrass Steak House in Little Rock, Arkansas, told mask-less customers to keep away, an eyewitness told KARK4News. 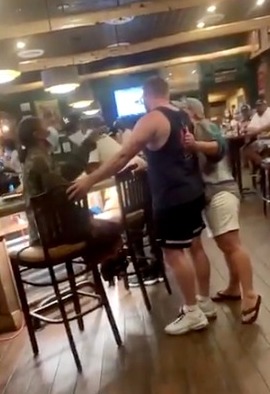 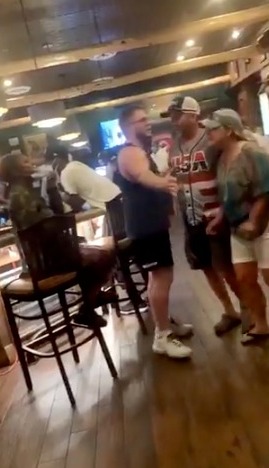 The mask-wearing woman could be seen arguing with a mask-less woman, while another customer tried to keep them apart.

"You're supposed to keep six feet away," the mask-wearing woman said.

According to the video, the situation escalated when a mask-less man approached the group and started arguing with a mask-wearing man at the bar.

The two men began to fight, and moments later at least eight people were caught up in the brawl, either fighting or trying to pull the men apart.

Eye witness Seth Crews, who filmed the video, told KARK4News it took about 40 people to break up the brawl.

"All the restaurant employees were trying to help, they were just in shock like the rest of us,” Crews said. 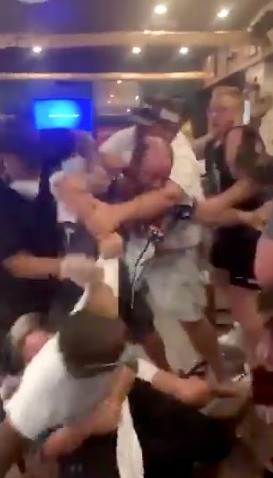 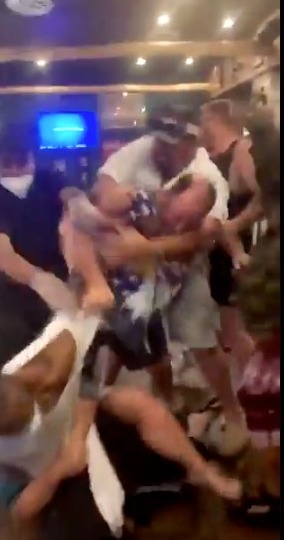 No charges have been filed, a police source said.

Tensions have been running high as cities and states re-open, despite the coronavirus continuing to spread at an alarming rate.

The Centers for Disease Control and Prevention admitted on Monday that there is “way too much virus across country” to control the outbreak, as the US suffered a surge in new cases.

Dr Anne Schuchat, principle deputy director of the CDC, also warned that “this is really the beginning” of the pandemic.

Over the past week, the US has set records for daily new infections as outbreaks surge mostly across the south and west.

The recent spike in new cases has outpaced daily infection in April, when public officials thought the virus was hitting its peak.

“What we have in the United States, it’s hard to describe because it’s so many different outbreaks,” said Schuchat.

There was a wave of incredible acceleration, intense interventions and control measures that have brought things down to a much lower level of circulation in the New York City, Connecticut, New Jersey area.”

“But in much of the rest of the country, there’s still a lot of virus. And in lots of places, there’s more virus circulating than there was,” Schuchat added.

Florida, Texas and California are among the states seeing spikes in the number of covid-19 cases.

The virus has killed more than 128,000 people in America.